Lenz v. Universal Music Corp. represents 10 years of questionable effort on the part of the Electronic Frontier Foundation  (EFF) to curb an imagined potential for abuse by powerful copyright owners when sending takedown notices under the Digital Millennium Copyright Act (DMCA). The EFF Petition for Writ lists numerous claimed abuses of DMCA takedown notices that seek to suppress free expression. However, the sum total of these examples do not amount to any meaningful suppression, especially combined with the relative ease (without any cost) of filing a counter notice that will almost always result in a reinstatement of the material in question.

The issue has now been closed since the Supreme Court on June 19th decided not to review the case. 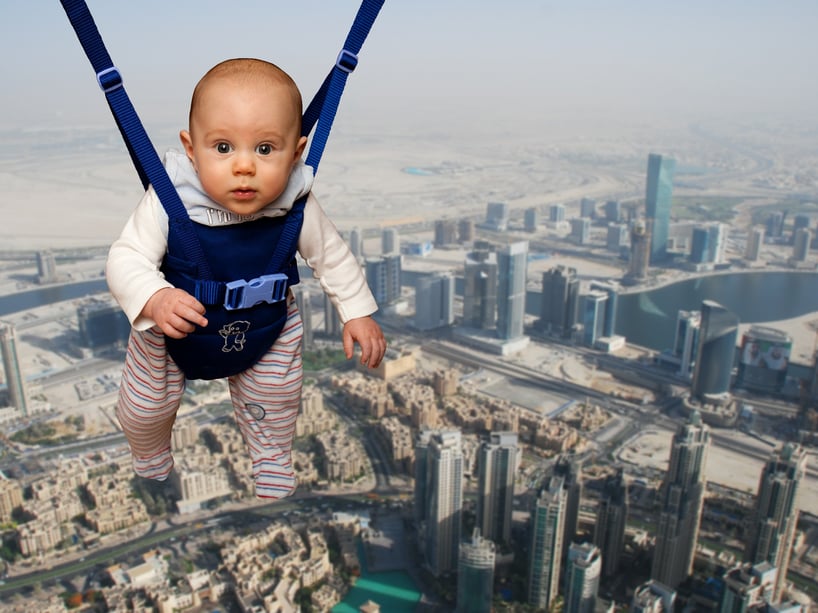 DMCA grants Internet services with immunity from claims of copyright infringement arising from user-generated content. It is not an overstatement to say that we would not have the Internet as we know it today without the immunity that the DMCA grants. For example, if websites like Facebook and YouTube would be liable for copyright infringement claims based upon user-generated content (which is what these sites are entirely made up of), then these sites could not exist.

In February 2007, Stephanie Lenz uploaded a video of her baby dancing to “Let’s Go Crazy” by the late singer, Prince. The song was virtually inaudible in the background. Here’s the video. It’s really not worth watching, except to see how a truly unremarkable video that would have garnered virtually no views has now been watched almost 2 million times. Whoever thought we would still be watching that 29-second video 10 years later??

After posting the video, Universal Music, the copyright owner of “Let’s Go Crazy” sent a DMCA takedown notice to YouTube claiming that the video constituted an infringement of the song. In compliance with the DMCA, YouTube removed the video. The video was restored after 6 weeks based upon Lenz’s DMCA counter notice. However, it did not stop there. The Electronic Frontier Foundation (EFF), on behalf of Lenz, then sued Universal, claiming that Universal violated the DMCA by making a misrepresentation claiming infringement when a quick review of the video would have revealed that Lenz’s use qualified as fair use, and was therefore permitted.

It’s important to note here that Universal was not trying to suppress free expression by sending their takedown notice. Instead, the notice was just the result of an administrative staff person following instructions on when to send takedown notices.

Fair use is a right granted under the U.S. Copyright Act that permits use of copyright material that would otherwise amount to an infringement. Determination of the application of fair use in any situation requires an evaluation of the following four factors:

Without going into a lengthy explanation of fair use, suffice it to say, that it almost always requires a judgment call.

So many years later …

After years in litigation, in September 2015, the Ninth Circuit Court of Appeals agreed that a copyright holder needs to consider fair use, adding that “If, however, a copyright holder forms a subjective good faith belief the allegedly infringing material does not constitute fair use, we are in no position to dispute the copyright holder’s belief even if we would have reached the opposite conclusion.” What’s more, the court stated that “[t]he copyright owner cannot be liable simply because an unknowing mistake is made, even if the copyright owner acted unreasonably in making the mistake.” Therefore, Lenz would have to demonstrate that Universal had “some actual knowledge of misrepresentation” when it filed that takedown demand. And that’s not going to happen since the takedown notice was the result of an administrative process and not a power grab by a powerful copyright holder.

Lenz argued that a copyright holder needs to have an objectively reasonable belief that a use is infringing before it can send a DMCA takedown notice. An objective belief could only result from a serious analysis of the fair use elements. Copyright owners with large portfolios are sending out thousands of takedown notices daily. To put it in perspective, consider that YouTube alone processed over 75 million takedown notices in the month of March 2017 – 100,000 an hour! To legally require achieving an “objective belief” before sending a takedown notice would put large portfolio copyright owners at a great and unreasonable risk of liability under the DMCA.

At the end of the day, the goals Lenz (i.e., the EFF) sought to achieve were to solve an imagined problem that has not materialized in the real world. And the final decision of the Ninth Circuit leaves us pretty much where we were before the baby started dancing.

Before sending a takedown notice, a copyright owner should make at least a cursory evaluation of whether the use qualifies as fair use. However, the copyright owner can use its own reasonable judgement – and does not need to perform a detailed study or hire a lawyer to perform a fair use analysis.

If you want to discuss with us this post or any other legal issue you can schedule a free consultation via this button,  contact us using the contact form below or via inquiries@galkinlaw.com or by calling (410) 484-2500. We'd like to hear from you!