When evaluating a client’s new business venture, one of the first things a lawyer will do is consider the risk profile. If there is a high probability of being sued, then the cost of defending those suits needs to be included in the financial planning. Examples of ventures with a high risk of facing lawsuits include: (1) disruptive ventures (such as Uber), (2) reliance on third party data sources (such as data scraping operations), (3) use of another’s intellectual property (such as parodies of copyrighted material), (4) publicizing negative reviews (such as Yelp), and (5) anything that will publicly embarrass or anger others (meet Sacha Baron Cohen). 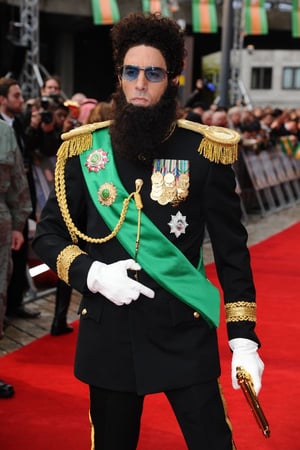 Cohen has made a career of making intelligent and successful people look foolish or worse via vehicles such as Ali G, Borat, Bruno, and now, Who is America? The model is based upon Cohen assuming the identity of an odd and outlandish character, and then interviewing or otherwise interacting with his “guests.” One of the most dramatic outcomes was the recent resignation of a Georgia state legislator following his very embarrassing encounter with Cohen which included exposing himself and using racial slurs. Who are some of his other victims who will be appearing on Who is America? Dick Cheney, Bernie Sanders, Sarah Palin, Joe Arpaio, Ted Koppel, Howard Dean, and Roy Moore, to name a few.

Well, publicly embarrassing the powerful through deception sounds like a high risk venture to me. So how does Cohen avoid massive crippling liability?

The American legal system is known for granting many rights to its citizens and for providing a means of protecting those rights. However, this system also grants the power to waive many of these rights and protections. Prior to appearing on any news (or in Cohen’s case, quasi or pseudo news) shows, a guest will be required to sign a Consent Agreement. A Consent Agreement is a powerful document. And, as you will see, even the so called “intelligent” can sign such an agreement and not understand its import.

The following terms are taken from that Standard Content Agreement used by Cohen in the past that were revealed in some of the lawsuits filed against Cohen. So, while these are not necessarily the same terms as currently used by Cohen, they are probably close.

It’s not by chance that the most frequently used word in the above paragraph is “allegedly.” The author/lawyer of the Standard Consent Agreement was clearly anticipating many potential allegations. The primary language limiting Cohen’s liability are where the participant waives any right to seek redress for:

(1) improper or unauthorized use of the participant’s name or likeness,

(3) false or misleading portrayal of the participant,

(4) negligent or intentional infliction of emotional distress or other harm,

(6) defamation/false statements about the participant, and

(7) deception or surprise about the Film or this consent agreement.

This list covers pretty much any claim that could arise from Cohen’s outrageous behavior and conduct.

Why does anyone, especially “intelligent” and “successful” people, sign such an agreement? The short answer is a desire for publicity and the resulting fame and public recognition (for a longer answer, consult with a mental health professional). Well, at any rate, they are sure getting publicity, but not the kind they sought.

“This is the entire agreement between the Participant and the Producer or anyone else in relation to the Film, and the Participant acknowledges that, in entering into it, the Participant is not relying upon any promises or statements made by anyone about the nature of the Film of the identity of any other Participants or persons involved in the Film.”

Based upon the above language, the participant even waives a right to claim that the entire production and the circumstances around entering into the Standard Consent Agreement where based upon deception.

The following case can be viewed for further text of the Standard Consent Agreement used in the past by Cohen: In re Kathie Martin v. Sacha Baron Cohen et al.

Is such a Consent Agreement enforceable? Well, to the chagrin of the victims, the answer is yes, and this document has basically stopped almost all past actions in their tracks. And, claiming that you didn’t read or understand it is not going to be any defense.

The solution is simple – know what you are signing.